Search by Letter: ABCDEFGHIJKLMNOPQRSTUVWXYZ
home/Home/Moderately-Priced Birth Control for Women Over 30 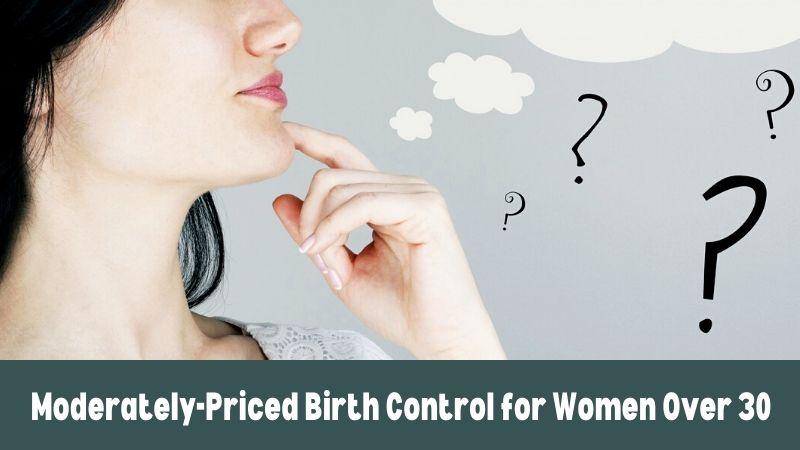 In recent years, the problem of contraception has received special attention throughout the world. Modern contraception can be considered an important component of a woman’s quality of life. In this article, we will look at modern contraceptives for women over 30.

Affordable contraceptives for women in their 30s

Birth control pills are the preferred method of preventing unwanted pregnancies in women over 30 years.

Most modern contraceptives are combined. There are monophasic pills (that is, each contraceptive pill contains the same amount of hormones) and there are multiphase pills (when the doses of hormones in different tablets change). The birth control pill is suitable for many women after 30.

Oral contraceptives are prescription drugs. This means that only a gynecologist can recommend pills that are right for you and issue a prescription for them, so his consultation is required!

Combination oral contraceptives (pills) must be taken at the same time every day. The duration of intake is 28 days: for example, there are pills that need to be taken for 21 days with a break for 7 days, during which a menstrual reaction occurs. Some packs contain 24 active tablets and 4 tablets – placebo (inactive), in this case, you do not need to take a 7-day break, each subsequent package is taken after the previous one.

If the dose is delayed by less than 12 hours, the reliability of contraception does not decrease. However, a delay of more than 12 hours or a missed pill can significantly affect the effectiveness, therefore, the use of additional methods of contraception (for example, a condom) is required for at least 1 week after the pill is missed.

Use additional protective measures such as condoms or spermicides if you are taking antibiotics, anticonvulsants, or laxatives, have diarrhea, or have other digestive problems, as this may reduce the contraceptive effect of the contraceptive.

Birth control pills work by suppressing ovulation, so pregnancy is impossible. In addition, the viscosity of the mucus in the cervical canal increases, which makes it difficult for sperm to get into the uterine cavity.

A combination contraceptive ring is a flexible, elastic ring that is placed in the vagina. The ring is a complex membrane system with low doses of hormones. A strictly defined amount of hormones is released every day, which creates a stable and uniform level of hormones in the blood.

Effect on the body:

The woman can insert and remove the flexible ring into the vagina on her own, like a tampon. The ring cannot be installed incorrectly. It is convenient and does not require daily monitoring of the contraceptive intake. The location of the ring does not affect efficiency.

Thanks to its elastic properties, the ring adjusts to the contours of the body and fits optimally in the vagina without causing discomfort. Will the sexual partner feel the ring? In most cases, the partner does not feel anything special. In those rare cases, if the ring falls out of the vagina, you should rinse it with cool water and insert it back, the effectiveness of contraception will not be affected if it has been outside the body for less than 3 hours.

The hormone ring provides protection against unwanted pregnancies for a whole month, and you don’t have to think about contraception every day. The ring releases minimal doses of hormones (analogs of estrogen and progesterone), which are absorbed into the bloodstream through the vagina, so they do not pass through the gastrointestinal tract. Their content in the ring is lower than in regular tablets. The vaginal route of administration eliminates the influence of gastrointestinal disorders on the effectiveness of contraception.

The main mechanism of action is to suppress ovulation, so pregnancy is not possible. In addition, the hormones increase the viscosity of the mucus, making it difficult for sperm to pass through. The inner lining of the uterus becomes thin and unsuitable for the attachment of an egg. The dose of hormones in the vaginal ring is the smallest among all hormonal contraceptives.

A transdermal patch is one of the most modern contraceptives available on the market. It looks like a rectangular piece of adhesive plaster about 20 square meters in size. cm (5×4 cm). It is quite thin and smooth, so you do not feel it on the skin. You can glue it on the shoulder blade, shoulder, stomach, or buttocks. It is necessary to change the patch every week.

The manufacturers of this contraceptive claim that its effectiveness reaches 99.4%. The degree of reliability is close to that of condoms, while it is much more convenient to use.

The patch contains the hormones ethinyl estradiol and levonorgestrel; or ethinyl estradiol and norelgestromin. After gluing the patch, hormones begin to be absorbed through the skin into the bloodstream. Therefore, the action of this agent is absolutely similar to pills. Hormones penetrate the body gradually, so their blood level is always stable.

Substances released by the patch inhibit the gonadotropic function of the pituitary gland. This leads to suppression of follicular growth, the eggs do not mature and ovulation does not occur. In parallel, the drug causes an increase in the viscosity of cervical mucus. Also, under its influence, the susceptibility of the endometrium of the uterus to the blastocyte decreases. Thus, three levels of protection against untimely pregnancy are guaranteed.

Remember, the contraceptive patch does not protect against STDs, so condoms should be used in case of questionable sexual contacts.

After fixing the patch, hormonal substances immediately begin to be released into the blood. But the required concentration of these substances is achieved only after two days. Further, during the entire time of wearing the patch, it does not change. The amount of hormones in the blood does not depend on where the patch is attached.

Also, the rate of release of the active substance is not affected by temperature drops, the physical activity of a woman and the effect of water. The frequency of pregnancy when using the product does not depend on the age and race of women using it.

When it is time to replace the patch, the old one must be removed and replaced with a new one. This can be done at any convenient time. After three weeks of use, take a break for 7 days. After this period, it is necessary to stick a new patch, even if you get no bleeding in this cycle. Do not take breaks between gluing patches for more than 7 days – this increases the risk of pregnancy.

Injectable contraceptives contain a female sex hormone (progesterone) to prevent pregnancy. They prevent ovulation and thicken the mucus of the cervix, which makes it difficult for sperm to pass through.

Currently, injectable contraceptives are one of the most reliable methods: for every 100 women who use injections in a year, less than one can become pregnant.

A contraceptive injection is a simple injection in the forearm or buttock. It is administered by a doctor every three months.

Birth control injections make periods less abundant. They have a therapeutic effect, which is especially pronounced in women over 35 years old.

After the drug withdrawal, the ability to conceive is not restored immediately.

Therefore, women planning to become pregnant within the next two years are advised to consider other methods. Injectable contraceptives are also not recommended for women with high blood pressure, breastfeeding women during the first six weeks after childbirth, and women with some rare cardiovascular diseases or some active liver diseases.

Injectable contraceptives do not protect against sexually transmitted infections, including HIV and AIDS.

Contraceptive suppositories are classified as spermicidal contraceptives. Chemical spermicides destroy the membrane of the spermatozoa: interacting with the spermato-zoa, the components of the drug destroy their membrane, separate the head from the tail, depriving them of the ability to move. Particularly strong sperm, however, are still able to get to the egg and fertilize it. This can be fraught with the birth of a child with certain physical deformities. This relationship has not been proven, but many women testify to this. It is not recommended to use such contraceptives regularly because the acids contained in the composition of the suppositories can have a negative effect on the condition of the mucous membrane in the vagina, as well as on the cervix. Suppositories do not have the highest contraceptive ability. According to statistics, 15 out of 100 women using birth control suppositories become pregnant within a year.

Thus, contraceptive suppositories are a convenient option for women who have rare sex. Suppositories are perfect as an additional contraceptive – when the pill regimen has been violated or during the completion of lactation. The undoubted advantages of this birth control method are the absence of a systemic effect on the body and the safety of intimate sensations.