Contraception is the thing that every woman who has reached the age of childbearing and has a regular sex life is forced to think about. Most modern women are used to rely on this issue on their own, and not depend on their sexual partners. Now, medicine offers women a wide choice of contraceptive pills. The names of the drugs, unfortunately, do not say anything by themselves. And women, especially those who first encounter the need to resort to methods of prevention need to know how birth control pills work.

FAQ about birth control pills: how do they really work? 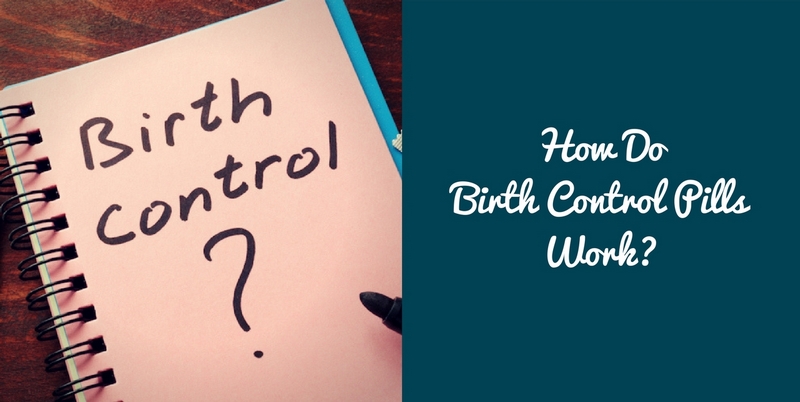 A specially selected combination of hormones changes the hormonal background of the woman and inhibits ovulation – the maturation and release of the egg.
In addition, hormonal contraceptives have anti-implantation effect: they change the mucous membrane of the uterus in such a way that the egg cannot attach to it.

They also contribute to a change in the biochemical composition of the mucus produced by the cervix: they make it more dense and viscous, as a result of which it worsens the motility of spermatozoa.

When taking pills, the woman maintains a regular menstrual cycle: a menstrual reaction occurs monthly. But, unlike the usual menstruation, it is more scarce and painless.

How do such drugs protect against pregnancy?

In addition to this main protective mechanism, all combined contraceptive pills change the quality of the vaginal mucosa. The mucus becomes thicker and more viscous, which interferes with the normal movement of spermatozoa. The peristalsis of the uterus and fallopian tubes decreases. Simultaneously, the layer of the endometrium becomes thin, so even if fertilization occurs (which is extremely rare), the egg cannot attach to the wall of the uterus and pregnancy will not develop.

But all this wonderful protective mechanism works only when the rules of taking the pills are observed. Missing pills or any other dysregulation may reduce the contraceptive effect.

If the woman has started using the first package of the drug as required by the instruction, that is, from the first day of the cycle, birth control pills work right away. If the reception is started, let’s say, on the fifth day, then the first 7-14 days should be further protected, preferably with condoms. This is the answer to the question when it is possible not to be protected after the start of taking the pills without fear of becoming pregnant. By the way, the contraceptive effect of the drug is preserved and in a seven-day break in his admission, during which menstruation begins. It turns out how the contraceptive pills work during this time period – the woman does not take them but is reliably protected from unwanted pregnancy. This is the so-called infertile period when a woman cannot conceive outside the intake of tablets. This knowledge is used in the protection of the calendar method. But it, of course, is much less reliable than hormonal contraceptives.

How long does birth control work after missing a pill?

The effect of one taken tablet is fully preserved 24 hours. Then, during the next 12 hours, the contraceptive effect decreases slightly but remains sufficient. And then it starts to fall sharply, there is a possibility of intermenstrual bleeding and conception of the child. You can find the instructions to the drug how to proceed with a missed tablet.

Antibiotics reduce the effectiveness of contraceptive tablets. Antibiotics can change the intestinal flora and reduce the digestibility of hormones. Many of them are inducers of enzymes, which leads to an increase in the number of enzymes. The more enzymes that destroy the contraceptive, the faster its activity in the blood will decrease.

Many women developed an unplanned pregnancy when they took contraceptives and antibiotics. It turned out that the latter change the mechanism of action of many drugs and make birth control pills less effective.

If you take antibiotics and contraceptives together, you should use condoms or other methods (suppositories, interrupted sexual intercourse, spermicidal ointments, etc.).

Do such pills work for acne?

Despite the fact that oral contraceptives are recognized in the long term as a successful treatment for acne, they are not suitable for every woman. Limitations are due to possible side effects. This method of treating acne can be recommended to women: under 35 years old, non-smokers and not abusing alcohol, not having a migraine, with normal blood pressure.

How long does it take for birth control pills to work for acne?

n 98% of women, the amount of acne decreased after taking contraceptives. These women took hormones for six months or longer. Remember that acne aggravation and new acne on the face can be caused by stopping of the contraceptive pills. This is because stopping taking such drugs, you force the body to “rebuild”, enter a new hormone regimen and cope with the level of hormones itself. Important: Not every drug that belongs to the group of oral contraceptives can be effective for treating acne.

What if contraceptives do not work for me?

Although the effectiveness of most birth control pills comes up to almost 100 percent, many women still become pregnant. There are several reasons why tablets do not give the desired result, and all women who take hormonal contraceptives should know how to properly take them.

Do birth control pills work during a period?

Yes. If you are taking pills correctly and regularly, then a contraceptive effect remains all the time, including the days you take placebo tablets. You can have sex without fear of getting pregnant whether or not you have a menstruation.

Do contraceptives work after expiration date?

Some women think that expired birth control pills still work. But when the drug expires, it may not be as strong. The chemical composition of the drug may also change. At the moment, manufacturers can no longer guarantee that the drug does not deteriorate. Because of this, the use of expired medications can lead to an unwanted pregnancy.

Modern pharmacology has in its arsenal of a huge number of generic medicines and their analogs. Often, women have difficulty in finding a good and cheap contraceptive. They may use generic tablets without fear. They have the same active substances and quality but a lower price. Only choose a trusted pharmacy to buy effective and inexpensive generic pills from.