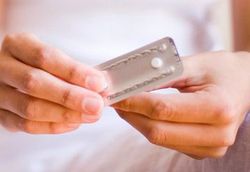 Ulipristal is an emergency contraceptive tablet which is used to prevents unwanted pregnancy within 120 hours after unprotected sex.

Ulipristal is a synthetic selective modulator of progesterone receptors. It inhibits ovulation and allows to delay the rupture of the follicle in women when taken just before the expected ovulation.

Ulipristal 30 mg (1 tablet) should be taken as soon as possible but no later than 120 hours (5 days) after unprotected sexual intercourse or if the contraceptive method used was unreliable.

The tablet can be taken regardless of foods and time of a day.

If vomiting occurs within 3 hours after taking a tablet, take an additional one. The drug can be taken any day of the menstrual cycle. Before taking the drug, pregnancy should be excluded.

In some cases, Ulipristal tablet can cause the following side effects:

The use of the emergency contraception is contraindicated in pregnancy.

Although the use of Ulipristal is not a contraindication to the continued use of drugs for regular contraception, it may reduce their contraceptive effect. Therefore, after taking a morning-after tablet, it is recommended to use barrier contraceptive methods every subsequent intercourse until you have your next menstruation.

It is not recommended to use emergency contraception repeatedly during one menstrual cycle.

The drug does not prevent pregnancy in all cases.

If pregnancy has occurred after taking the tablet, it is necessary to take into account the possibility of having an ectopic pregnancy.

Sometimes, the tablet can affect the duration of the menstrual period.

There are no special recommendations regarding the dose of ulipristal in women with renal and hepatic insufficiency.