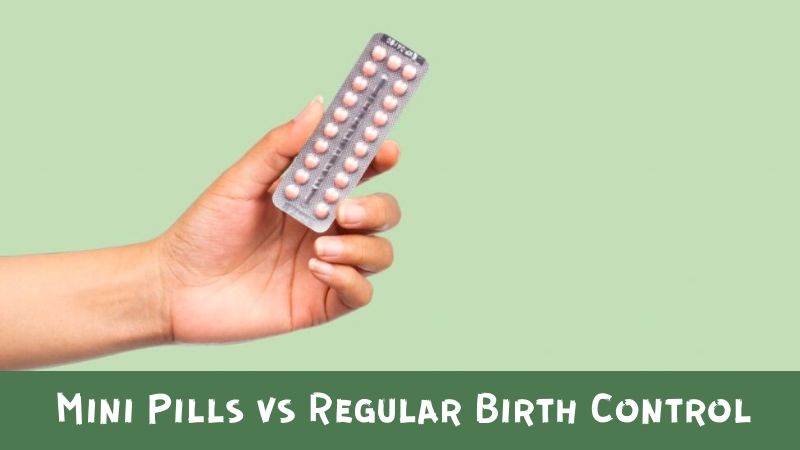 The advantage of combination drugs is the greatest effectiveness of all known methods of contraception, except for voluntary surgical sterilization, which is about 99% in theoretical studies and approaches 100% in practice.

COCs give an immediate contraceptive guarantee, provided that the pack is started on the first day of your period. They are easy to take – by mouth, after breakfast or at bedtime (it is recommended to develop a habit of taking pills at the same time of day) – and no problems during sexual intercourse. The reproductive function – the ability to conceive – returns quickly – about 1-3 months after drug withdrawal.

Combined oral contraceptives can be monophasic, biphasic, and triphasic.

In monophasic tablets, the level of hormonal substances is unchanged throughout the entire intake. These include Ortho-Novum, Modicon, Sprintec, Estarylla, Desogen, Yaz, Yasmin, Ortho-Cyclen, MonoNessa, and others.

Biphasic pills contain two combinations of estrogen and progestin that are different for different phases of the menstrual cycle – Azurette, Jenest, Estrostep, and others.

Triphasic drugs contain three combinations changing during the menstrual cycle: TriNessa, Ortho Tri-Cyclen, Caziant, Cesia, Cyclessa, Triphasil, Tri-Sprintec, etc. Three-phase COCs are closest to female nature – these are drugs of the latest generation. The fact is that the ratio of estrogen to progestin in vivo changes three times during each cycle. But this does not mean at all that three-phase oral contraceptives are the best for every woman.

How do combination oral contraceptives work? They suppress ovulation (maturation and exit of the egg from the ovaries). And this is another advantage of COCs – they enable the ovaries to “relax” and prevent a lot of problems. For example, they are an excellent tool not only for prevention but in some cases for the treatment of ovarian cysts. They thicken cervical mucus, making it difficult for sperm to penetrate. The uterine mucosa under their influence becomes “inconvenient” for attachment of a fertilized egg. Another positive effect of their use is the prevention of endometrial hyperplastic processes.

Monophasic drugs are usually prescribed for young females who have an unregular cycle and fluctuations in the rhythm of hormonal secretio. They are preferable for older women who have not given birth. Ladies over 30, especially those who have children, are recommended to take two- or three-phase preparations since they do not contradict the usual mixture of “hormone times” during the cycle.

Mini pills contain only microdoses of progestogens, comprising 15-30% of the progestogen dose in combined estrogen-progestogen preparations. The contraceptive effect is significantly lower than that of COC’s. But due to the lesser effect on the blood coagulation system, they are suitable for smoking women after 35 years of age, women with diabetes mellitus and other diseases in which combination drugs are contraindicated, as well as during lactation for the purpose of safety as they do not affect the amount of breast milk.

Mini pills, unlike COCs, do not reduce blood loss during “menstruation”, therefore they are contraindicated to women with heavy periods. In addition, they can lead to violations of the normal menstrual cycle, in contrast to combined oral contraceptives that, on the contrary, regulate the cycle. During the first seven days of taking mini-pills, it is recommended to use additional protective measures (for example, a condom) since the onset of the contraceptive effect is not as immediate as in the case of combination birth control pills.

If you have a question about choosing contraceptive pills, you should understand that even a full examination, a thorough consultation with a gynecologist and an examination will not be able to give completely favorable forecasts regarding the use of hormonal pills. The body of each lady is individual, as well as the selection of birth control.

Pros and cons of mini pills

Against the backdrop of various combination oral medications, the mini pills look rather faded. This group includes just a few drugs containing low dosages of desogestrel or linestrenol progestins. These are Cerelle, Micronor, Noriday, Norgeston, Cerazette, Aizea, Cerelle, and Feanolla.

The contraceptive effect of mini-pills is more due to the thickening of cervical mucus and thereby reducing the viability of sperm, as well as reducing the likelihood of their penetration. In addition, gestagenic contraceptives containing moderate doses of hormones (for example, desogestrel) inhibit the development of follicles and prevent ovulation in 97–99% of cycles.

Due to the lack of estrogen, mini pills have much better tolerance than COCs. They can be safely taken while breastfeeding. Mini pills do not increase the risk of thromboembolism, including in women over 35 years. In addition, these drugs reduce menstrual bleeding and PMS symptoms. After the withdrawal of gestagenic contraceptives, fertility is very quickly restored.

But, despite the relative safety, only 1% of women who prefer hormonal contraception take mini pills. Such moderate popularity is due to the need to carefully monitor the intake of tablets. They must be taken daily at the same time. Even if you deviate from the “course” by only three hours (the interval between doses is 27 hours), you should use additional, non-hormonal birth control.

In addition, scientists still have not figured out whether mini pills reduce the risk of ovarian cancer.

Mini pills vs regular oral contraceptives: what to choose?

You must remember that your cycle is purely individual, like eye color and nose shape. Therefore, you should not rely just on a familiar name from an advertising booklet that accidentally catches your eye or on a drug that your friend or colleague takes.

What is recommended to do before taking oral contraceptives? First of all, you need to visit a gynecologist. The specialist will study your anamnesis, diseases, biochemical and vegetative-vascular “features”, will send you for a biochemical blood test with an emphasis on lipid fractions, blood glucose, and liver enzymes, a coagulogram, an ultrasound of the pelvic organs. It is necessary to assess the growth of the follicle, the state of the endometrium, the presence of ovulation. A mammologist consultation is also recommended.

Of course, the spectrum of hormonal contraception is not limited exclusively to COCs and mini pills. There are intrauterine devices, injections, implants. The latter have not found such widespread use as oral contraceptives due to a number of problems with the reproduction restoration; and they are more suitable for women who have given birth. Mini pills are quite common but combination oral contraceptives are first-line drugs. They are designed not only to protect against unwanted pregnancy but also to prevent a number of “female” diseases and also prepare a woman for the conception.